Anyone who says MS doesn’t change a relationship is living in cloud cuckoo land; it does, especially if it progresses, I’ve seen too many disintegrate to believe otherwise. In my relationship with Steve my increased care needs have changed and put a strain on our marriage, but we’ve survived so far, love has seen us through. I don’t think we’ve always liked each other in the last few years, but I do still love Steve.

More to the point, MS radically changes physical contact within a relationship whether it is hugs, cuddles, kisses or sex. For us these have all been much reduced or annihilated by my progressing MS, which makes a big difference to a relationship. Breaking it down more for us it has means with

Kisses: Steve usually being the instigator, rather than me and I do appreciate them, especially since I recovered from pneumonia last November. His kisses, they help me keep feeling positive about myself & occasionally I surprise him with a kiss of my own.

Hugs and Cuddles: These are difficult due to my mainly being in bed or a wheelchair a lot, but I don’t totally miss out, as my son Marcus is just the right height to give me chair hugs.

Sex: I‘m not able to have sex with my husband, there I’ve said it. This development is something I’ve come to accept, which means I need sex less; my enjoyment from life comes from other physical contact within our relationship and getting out and doing things in my life in general.

Other Physical Contact: I get physical enjoyment from Steve when he gives me a scalp massage and back scrubbing. Honestly, no one in the world can do that as well as him and it helps me appreciate him more and the physical contact is good for us, especially me. After all he is my husband.

Yes, but no sex! Isn’t this a potential relationship breaker? Maybe, I guess that depends on the two parties involved, how much they need sex as individuals and within their relationship.  Some relationships may survive easily with no sex between partners, others may disintegrate immediately, most will be somewhere in between.

I’m out of order down there, my random leg spasms and tendon tightness mean I can’t have sex. It’s sad but I’ve accepted it and moved on but that still doesn’t address Steve’s need for sex. I think my husband is a man for whom sex is important both as part of a relationship and his being a man.

So what’s the solution?

I’m not the jealous type, I’m confident in Steve’s loyalty to me and I don’t see why my inability to have sex should prevent him having sex if he wants to. To me that wouldn’t be fair, so I have given him A fun pass, to have sex with other women if he wants to, it’s up to him if he uses the pass. If I know my husband, as well as I think I do, the fun pass will always be used with a girlfriend; not any old one night stand, and he will return to me.  This I am comfortable with, plus there is the added benefit that if he goes away to see her, he can de-stress away from me, and our relationship is a lot better when he returns.

It’s our solution; we’ve adapted together and we will continue to do so and therefore I hope we will prevent MS from breaking our relationship.

A couple of years ago someone e-mailed Sylvie asking if it was normal that her brother’s wife was upset and angry all the time looking after her husband; really she should be there all the time not complaining, or should she?

It’s a very good question she asked, I’ve thought about and lived with this question for a long time and have always regretted not answering the woman and not defending the wife, because this stuff ‘caring for a loved one’ is tough it wears you out, gives you palpitations and grinds you into the dust.

I’ve had 3 years where I’ve had to look after Sylvie, Marcus (our son), our business, the house and sort out all problems brought by customers, family and others. I’m physically fit and mentally resilient but for a long period I was running on an empty tank, getting through on sheer guts and determination. Some of the things that go on you wouldn’t believe if it was a story on TV. For example, and there are many more, after a long tough day I sat down, put the football on and 10 minutes in, she has an accident in bed, so I’m up again and in, and, straight away 2 goals in a minute. 20 minutes later, at the start of the 2nd half, it happens again, the game finished 4-4 and I missed every goal! Then she’s up 5 times through the night, and then my day starts again. We got the help of a PA. On numerous occasions he would leave and within 5 minutes, you’ve guessed it, I’m cleaning up another accident which of course couldn’t happen 10 minutes earlier; by the way none of this is her fault. This went on for months, including through Christmas. I was swamped. So the thought of going out and finding a woman never entered my head. I’d enough on. Then Sylvie brought up that she was giving me a ‘Hall Pass’. I didn’t act on it or think about it. For 18 months it was just something that had been said and then went away. No real thought about it was in my mind and then, by complete accident, I met Wan in Thailand.

Wan isn’t just anybody, she’s someone. When we met we had a good time and I felt well for once. I said to her that from the outside what we were doing could be frowned upon, but I felt so well; she said when you have a big strong tree and a branch breaks, you think the branch is dead, but if you put it in water and give it fertiliser what happens? It grows – and you are the tree. She’s helped me see lots of Thailand, including James Bond Island, The Bat cave, the White temple Wat Rong Khun at Chiang Rai. Wan knows all about Sylvie at home and wants to help. Wan made me think of the ‘Hall Pass’ because of who she is. Having a relationship between us is not a decision either of us made lightly. We have no secrets, what is, is what is.

Everyone accepts what is - me, Sylvie & Wan, which is good, as life is about reality, not about what some people think one should do. This is our reality in which Sylvie worries about Wan and Wan worries about Sylvie, and in which Wan would like to visit and Sylvie would like her to visit, but unfortunately this is unlikely, which means I don’t get to see Wan as much as any of us would like.

I just hope the woman who e-mailed sees this and understands her sister-in-law’s position and helps her, as the sister-in-law is the unseen victim, which is why most people jack it in, as they can’t keep up with the shit that comes their way, but I’ve NEVER considered throwing the towel in with Sylvie.

Sylvie and I have changed our reality to one that works for us, rather than crack under what others permit. Therefore our relationship has not broken and moves forward into the future, and it will continue to include hugs. 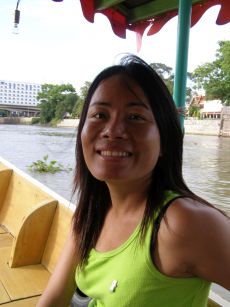 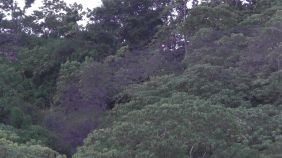 Please e-mail us your thoughts on these articles 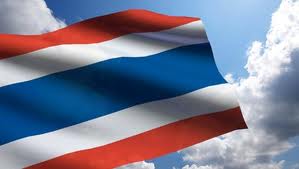 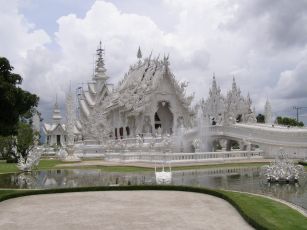