I haven’t mentioned my physical health much in this update, that’s because it’s mainly been Ok, with your little daily or weekly peaks and troughs.

I have agreed with Dr Thumbikat that I am going to have the tendons behind my knees cut. I made this decision even though it will mean 3 weeks in hospital and it is difficult to reverse because my leg muscles are starting to tighten again and will just continue to do so if I don’t.

Weight-wise I’m heavier than I have been for years thanks to my Fortisip feeds, so much so that I’m a little worried about getting overweight. Family and dieticians says there’s no worry on that front yet but, for me, to be even thinking that way is astounding, as I’ve always been underweight, if anything, due to struggling to get enough nutrition on board at times.

In summary, overall I’m Ok at the moment and looking back over my life really see how important Marcus has become to me. He’s my driving force for living now. I also see how important Steve was as such a force in the past. Steve enabled me to access sunshine and a positive attitude through his love and the Florida Keys, which together with swimming (exercise), and to a lesser extent, diet gave me so many more opportunities and experiences than I would otherwise have had. Even with modern medicine I believe that without Steve, Sunshine, Swimming, a positive attitude and Marcus, I would not be here. Saying this is not negative. It’s positive, as I am here and persevering, and still attempting to make the most of my life and the opportunities it presents.

That’s all until the next update

It’s now the beginning of May 2014, in the last four months things have changed, but not hugely, so in many ways they ways stayed the same. I suppose what I am saying is that my life has continued to evolve over the months since December, with changes yes, but without any major hiccups.

Just before Christmas Steve and Marcus came back from Florida having enjoyed their time there and on their cruise prior to that. This cruise included another visit to Hell for them, Hell on Grand Cayman, that is.

Once Christmas was over, they both settled back into the routine of life, going to school, playing computer games, mending American classic cars, running our business and, of course, living with me. So it got me back into my routines, including continuing to pick Marcus up from school and going to Balti King on Curry Night.

I don’t think I previously appreciated how important their part in my routines is to me, how much they themselves help me, by being there and giving me the structure I need, not just to live within but to live well within.

I knew structure and routines were important. That’s been obvious for ages. It’s what has held my life together for a long time. My meeting before Christmas with the hypnotherapist was meant to be adding another plank to this structure but unfortunately this did not work out, more due to my and his personalities not being compatible than the hypnotherapy being wrong per se. We didn’t really get far enough along with it to say that. I’m not giving up on getting this extra plank in my routines and structures, which would be gained by conquering my anxieties. I’m currently working with my local psychologist to try and reach the same aims, I’m still a ‘work in progress’ we’ll see how it goes.

Getting back to the importance of Steve and Marcus in my structures, I guess I should have realised their importance, Marcus’s especially, as he is my son. I should have known that, like any mother, I need him to be there with me in my life. He gives me more drive, purpose and laughter. With Steve, I think, this reality was less obvious, as he can be more than a little annoying at times when he’s here. I think with him it comes down to the fact I know his and my expectations when he is here, all of which is thrown out when he goes on his holidays; so even though we both benefit from the breaks, I do wobble when adjusting to his leaving. I’m just over a minor wobble, as he’s off in Thailand again at the moment.

I’m glad he’s gone to Thailand as it gives him and Wan time to see each other properly. I’m happy that they can have a loving relationship both spiritually and physically. I know it sounds weird for a wife to say that about her husband and his girlfriend but it’s true for me.

Steve and I wrote articles for New Pathways on the evolution of our physical relationship. Unfortunately they were never published. Why? Well, in my opinion, it’s because the MS-UK’s ethos now is different to the ethos it had when it was founded as the MSRC. As a charity it is now more interested in its national profile - hence the name change and a change in what it allows to be reported in New Pathways. New Pathways now seems to me to be more repetitive science reporting and positive news stories, more prudish too, with less challenging articles that may help some people because they may / will offend others’ sensibilities. It’s not as bad as the MS Society yet, but sadly moving that way, prioritising corporate image over people. Many of you may disagree with this opinion and I hope I’m wrong, but I’ve had to post both articles here on my site as the bigwigs at MS-UK are too weak to publish them.

MS and our Physical Relationship articles

That has probably been the most annoying thing since the last update; other things have progressed more calmly and positively in the main.

I continue to go to the café and have tinkered here and there with what’s in it as an ongoing project. It now has parrots hanging in it and I’ve just bought a Café neon sign as well. 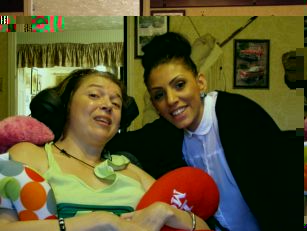 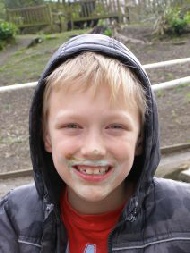 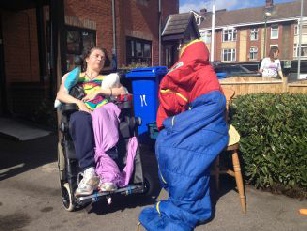 It was through Pat at the café that I got my newest PA, Emma. My brother had been my full time PA for 7 days a week for 6 months and by January it was getting a bit much for him - well, for both of us, if the truth be told. I took a chance and opened my mouth and asked Pat if she knew anyone who might be able to be my PA. She did - her daughter-in-law Emma who, as an added bonus, also had experience working in care. Emma has now been for working for me a couple of days a week since January. It’s working very well so far.

Emma is the first female carer I’ve had and it’s great. Ok, we have to use the hoist as she cannot physically lift me out of bed but I can adapt to that and its more than compensated by the fact I can talk to her woman to woman, men are Ok to talk to, but they can’t totally understand important things that Emma, as a woman, can. There is also the bonus of her also liking similar TV programmes and going shopping for those bargains at the real bargain shops.