The first thing to mention is that in May, I very sadly learnt that my great friend Daniel Buchsbaum had died. This hit me like a ton of bricks because he was a positive battler like me, and I'd seen him only a month before. I’d called in at his house for the first time in years, with CoCo and Marcus. I’m so glad I did, it made the unbearable news just bearable.

After hearing of her loss, I wrote to Sharon his wife and told her I would remember Daniel as the most positive man I’d ever known. It’s true, whenever I phoned him, he was always just about to win the lottery.

Daniel and I became good friends because we shared the same never give up attitude, and like me kept trying different and new therapies and diets. He was a real battler against MS, fighting it off for years. He never let MS stop him living his life, he successfully brought up 3 great kids, a big thing even without MS.

I’ll miss Daniel and I vowed, and I still vow, to keep on my battle against MS in memory of him, and his fantastic battling spirit. 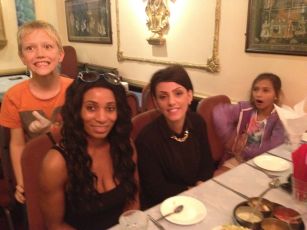 The plan went well for a few weeks, but Rita had barely settled in when the hospital had a cancellation and I was called in for the operation to cut the hamstrings behind my knees, so they will straighten more and not re-tighten as quickly. The operation went  ahead, almost exactly a year to the day after my baclofen pump operation, and Dr Thumbikat was very pleased with how it went, but if I’d known the amount of pain I was going to have in the first 24 to 48 hours after the operation, I don’t think I’d have done it.

Part of the problem was, the communication of what the operation actually involved, like how much pain at first, and that the traction my legs would be subject to was 3 weeks of permanent traction day and night, and not intermittent daytime traction. 3 weeks of permanent traction was initially a very difficult idea for me to accept because it meant I couldn’t use my bean bag to support my legs at nights. To me no bean bag equals no comfort equals no sleep, and this would have been true if I hadn’t taken sleeping pills to ensure I slept through the noise and discomfort of the traction and the hospital. Sleeping pills are not a good choice, as getting ones sleeping pattern back once you’ve taken them for a while is difficult. All things being equal, I’d choose not to take sleeping pills at all, because they are EVIL. They were, however, necessary because of the noise and the discomfort following the operation.

The traction I was put on after the operation was like something out of the dark ages, a brutal torture from those times I thought at first. It was like something out of the dark ages because of its simplicity, a weight at the end of a rope that pulled on my legs, via metal bolts behind my knees, to keep them straight. When my legs spasmed it caused horrible pain, and it also made a sound like that of a traction engine, as the weights clattered up and down against the end of the bed. This pulling of my leg was definitely no joke. 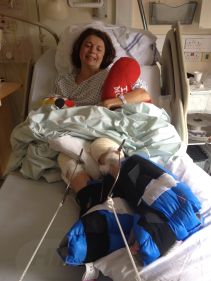 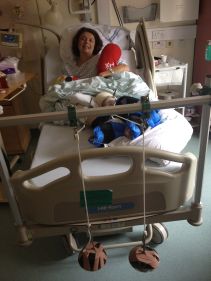 Whatever you say about it, the operation and traction worked. After the procedure my legs were much straighter, almost fully straight. Again I was ok with my time in hospital. The staff on Osborn 2 knew and understood me and I them from my stay for my Baclofen Pump operation last year. This enabled us to work well together this time.

Amazingly, whilst I was in hospital this time, Steve did not go away as seemed to have been the general accidental rule in the past. This time Steve was at home the whole time and said that it was weird with me and the carers not being there, and he didn’t like it and was grateful, in a way, when I came back, even though that complicated things greatly. I think that reflects something I’ve come to re-realise in the last 6 months, that though Steve and I may get on each other’s nerves, wind each other up, not like each other often in the day-to-day world, deep down underneath all that we both do still love each other greatly and need each other. As reflected by Steve’s past statement to me “You’re the only one of my bitches I’ve got real plans for”. Yes, the world really is that bizarre, I mean lovely.

Since I came out of hospital things have never totally settled down to simple ongoing life. There has constantly always been one slight issue to deal with after another. For example, when I was discharged from hospital I was given some leg braces to keep my legs straight, post traction.  Unfortunately they were off the shelf braces and once I got home I found they caused me problems if they were put on too tight. In the night they could cause me pain and or panic, the panic being worse as it meant my breathing would go all over the place. In the short term we stopped using them. Later we got a referral, which meant I’ve now got much better ones I can use, although I haven’t used them much because the old braces contributed towards a sore that got very nasty.

Another bump in the road was that Emma left at the beginning of September. In the short term this meant that in theory my brother had to go back to doing 5 days a week, whilst Rita arranged to change her hours at her other job so she could care for me doing 4 days a week, picking up Emma’s former hours.  In reality everything got a bit complicated, with CoCo and Rita doing random days until the new care pattern kicked in, which it did in November.

Unfortunately by the time things settled down, I had already got quite a severe sore. I got it in part due to the braces, but also because pre-arranged holidays meant CoCo and Rita had overlapping holidays booked at the end of October, which, originally, Emma was going to cover some of. Instead I was left with agency cover only. I think lack of very specific knowledge of my care needs during this time contributed to a minor nick becoming a severe and nasty sore.

The end of October was a bad time for me emotionally and when I’m emotional, sometimes I can go on a bit. Maybe this contributed to the fact that my care agency cover care broke down, though personally I don’t think it was the only reason it did. So half way through the time my PAs were off I suddenly had no care. Fortunately my brother had been unwell, (sorry CoCo but it was fortunate,) and had had to cancel his trip abroad, so he was able to cut his time off short, and help me and help get things back more on track, though unfortunately not before the sore became a sore point that kept me in bed more, restricting my going out as much.

This update doesn’t have the most positive tone to it, does it? Time to change that! In September I was given some John Shuttleworth CDs for my birthday and they were absolutely brilliant. I used to listen to him when I was at university. I’d forgotten how great his radio shows and song were. These CDs kept me sane now, kept me happy. I listened to them repeatedly, I love it, I’m his No 1 fan! 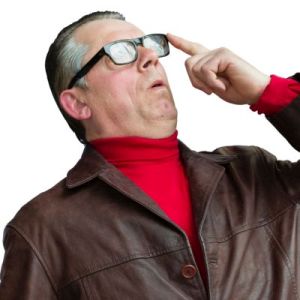 Marcus had his 9th birthday in October; I got him a tablet of the computer kind which I think he has been on ever since. I like it when presents work.

In November Steve and Marcus went off to Florida, with Marcus going to school there again. Not that it was all work and no play; they did manage to fit in a short cruise and a visit to Bush Gardens and SeaWorld.  Marcus was able to go on all the big rollercoasters for the first time because he’s tall enough already - 4 foot 7 at aged 9. He’s going to be a giant if he ever stops growing. Marcus absolutely loved the rides, even more than his dad, and wanted to continue riding them when a thunderstorm rolled in, although he soon changed his mind when lightning struck a hundred yards away; pouring rain, is one thing, but lightning is another matter.

As usual they came back just in time for Christmas. Christmas is great with Marcus around and he gets the bonus of getting to open my presents as well as his. This year I was saying that’s enough presents for me, too many. Everyone’s too generous, I don’t need any more, but Marcus persuaded me that I should have the last present from under the tree, as it was addressed to me, oh and I’m glad I did because it was more John Shuttleworth CDs, that made Christmas amazing, I’ve been continuing to Shuttleworth overdose ever since. 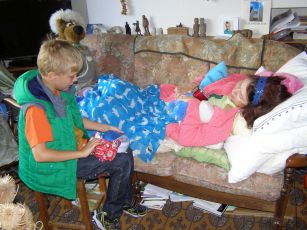 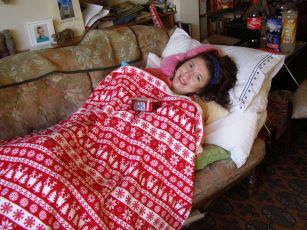 Since Christmas we’ve had a couple of lots of snow, more at grandma’s than at ours, as she’s up at nearly 1000 feet compared to our 300 feet, during the last lot Marcus was busy in her garden moving the snow. Does this mean he’s ready to start a driveway clearing service now? 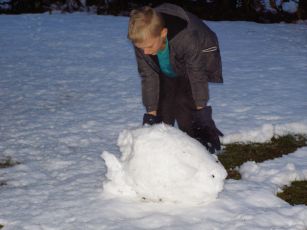 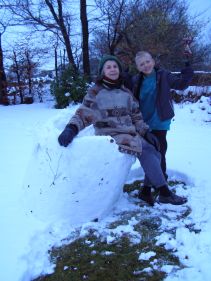 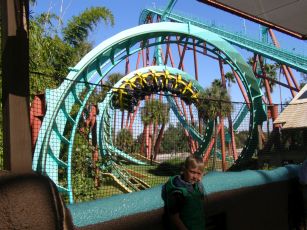 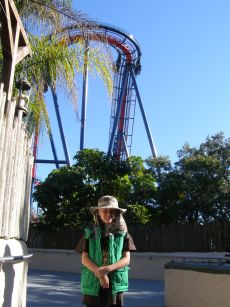 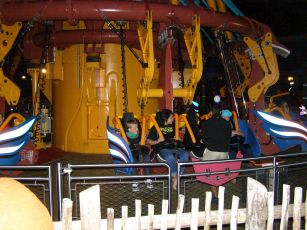 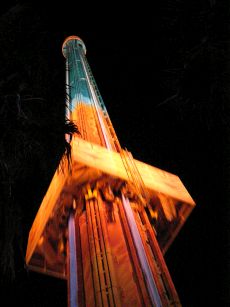 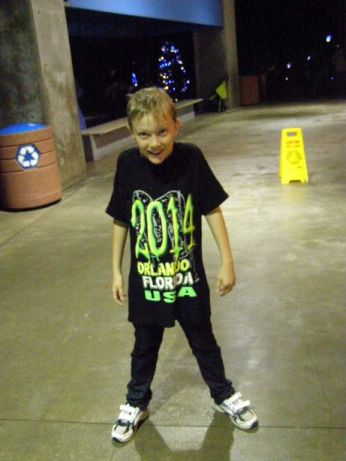 In June / July last year I appointed a third PA, Rita. The plan was for Emma to continue doing 2 days a week, Rita to do 2 days a week and my brother to drop down to 3 days a week so he could have time to try and have a go at a first draft of my book. Yes, that is still planned.

So things haven’t been all doom and gloom, far from it, just up and down. I’m continuing to go to the café each week although the sores slowness in healing is still stopping me from doing a huge amount out and about.

Recently I was sad to learn that a lady I did a website for about 10 years ago had recently passed away. My reaction was no, that’s not allowed, I should not be outliving you. It was good to have known you, Jan. www.janbrumfitt.co.uk

Looking forwards to the future, I’m recruiting new PAs to cover times when CoCo or Rita are on leave which will mean I won’t have to use agencies, which would be great. We’re just inducting the first one, a lady called Lily.

The future will also include my book, we’re currently nearing the end of the first rough draft of it. Yes, it’s taking more time that originally planned but we’ll get it done in the end! 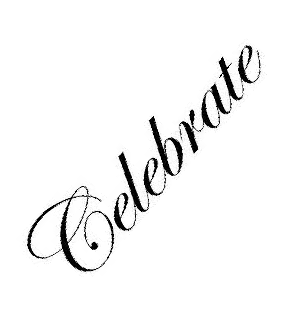 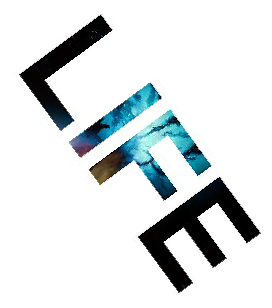