A bit shorter time than usual for this update, not because I’ve done anything really; but because there are changes to my carers which I need to report. Last time I told you that Rita had gone from doing 2 days care a week to doing 4 days. That decision turned out to be the wrong one from my point of view. I work much better with 3 carers, with my brother doing 3 days a week and the others doing 2 each. That way I don’t get too much of them and, just as importantly, they don’t get too much of me. (It sounds mad, I know, but it is possible to have too much of lovely me).

I ploughed on with the 4 day / 3 day split with 2 carers as its doable just not ideal, but other issues meant it didn’t work out with Rita. A major factor was that we just had no real personal rapport between us and that’s essential when one is being cared for. This plus other negatives meant that I let her go at the end of March, which meant April was another tough month for CoCo, doing 7 days a week again, as we started to look for new carers.

Fortunately, through Pat at Upperthorpe Café, we were soon in touch with new potential carers, I keep telling her she should set up a recruitment agency and charge us for the carers she refers, but she’s too nice and refuses point blank to consider it. Anyway through Pahrough PA and refuses point blank to consider it.agency and charge us for the PAs carers again.t I’ve now recruited 2 new carers, Tasha and Verni 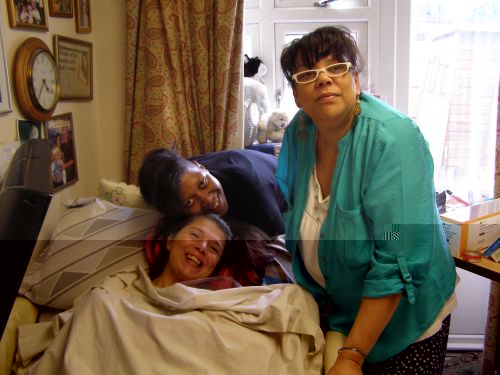 So far, about a month in, it’s working out well as I get on well with both Tasha and Verni, and they’re starting to get used to my idiosyncrasies, contradictions and the fact that I can be a wide variety of stubborn, humorous, mad, pedantically dotty, exasperating & lovely, all at the same time.  It’s true I can be!

Since January I’ve mainly being going to the café if I’ve being going out. There are a number of reasons for this, including winter weather, and the upper leg sore I reported on last time. This sore fully healed by March, but we still have to be careful, so as not to recreate it. Another reason has been that they’ve been relaying the tram tracks near us, meaning it’s been more difficult to go out to the shops bargain hunting with my lovely new carers.

Another thing that nearly stopped me going out was that the exhaust collapsed on my wheelchair adapted vehicle, meaning it was off the road for a short while. I got to a hospital appointment by taxi the day we found it was kaput. We got it to Hawleys, a local tyre and exhaust firm who repaired it for us, but we couldn’t believe what they reported! That the exhaust had collapsed because some little, or maybe big, *@*%*#*, had nicked the catalytic convertor off it, off a disability vehicle! Unbelievable! What lowlifes!

Since then I’ve managed to get up to Wortley Top forge, which, is the oldest heavy iron forge / forge site in the world. 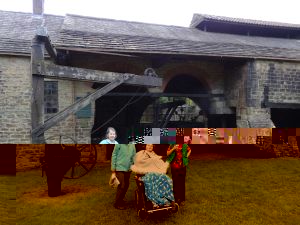 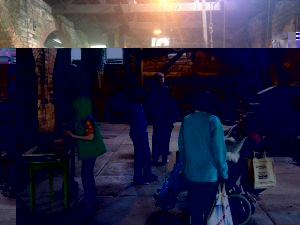 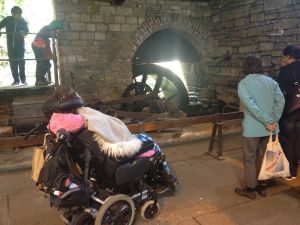 Over the last few months I’ve also been up to Grandma’s a few times, last time meeting my Uncle Peter. 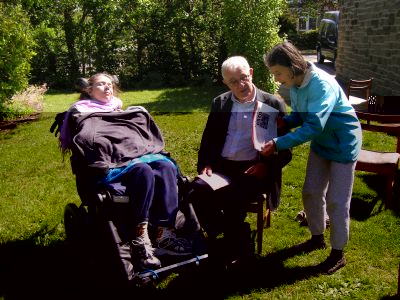 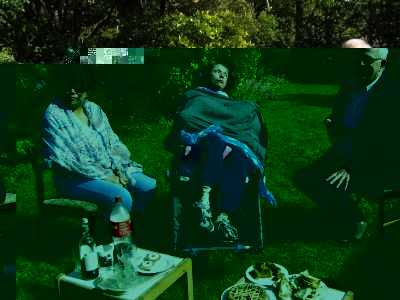 Me, Peter and Grandma

Verni, me and Peter

I also managed to get back to the carvery and meet my friend Amanda again, this time I went with Marcus. He had an ice cream with chocolate Aeroballs in, I tried one and they’re delicious. They’re one of my eat for pleasure foods now along with chips, strawberries, grapes, cherry tomatoes and pickled onions, but not all at once, as that would be a weird mixture. I’m starting to eat, well nibble, a bit more often through the day to try and help my stomach settle, as it and nausea have been a real pain this year.

Marcus is still a grand lad, in my totally unbiased opinion; he and his friend, Adam, from next door, went sledging on Hallamshire Golf course with Grandma & CoCo this year and he got into the spirit of red nose day, too. 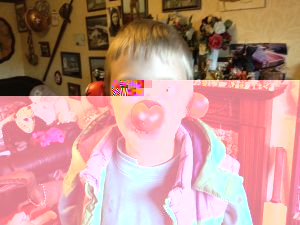 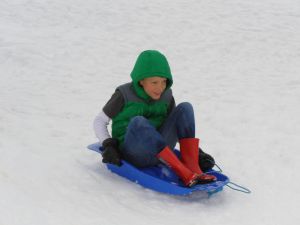 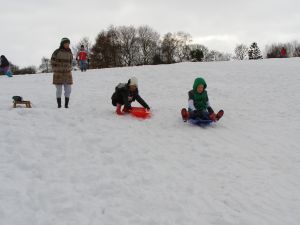 On the charity note, I was over the moon to hear that my favourite singer songwriter John Shuttleworth, to celebrate 30 years in the music biz, is doing a charity concert and he is raising money for MS, specifically the MS Trust and an MS Centre in Sheffield, (must be the MS Therapy Centre!). It’s on 28th June at the London Palladium see http://www.shuttleworths.co.uk/pages/tour.html

On a further charity note my great friend Jay is being carried over the roof of the O2 centre in London in her wheelchair to raise money for a MS centre near where she lives in Colchester. More details here http://www.gofundme.com/jaysgoingupattheo2 Jay, that’s a brilliantly mad thing to do. Her personal enabler Helen is walking over too!

That’s it for now