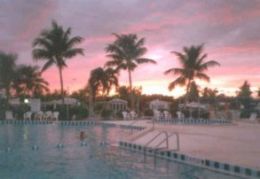 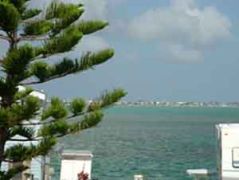 We did wonder why he was called “Fantasy Dan”, but we needn’t have worried Dan turned out to be a great bloke, very friendly, welcoming and reassuring, which was good because he was the pilot!

We chose the twenty-five minute flight from Sugarloaf Key over the beautiful reefs and down to Key West but in the event we certainly were up in the air for a good 45 minutes, we’re pretty sure Dan took us on the longer flight.

The four-man plane looked very small on the ground,

but once we were up in the sky and chugging along we didn't regret taking the flight for a minute. The views were fantastic! As we flew over the Reefs to Key West, we looked down and saw string-rays and fish in the water and even the odd shark. Key West looked amazing from the skies!

Our Biplane experience with “Fantasy Dan” 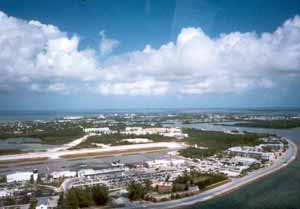 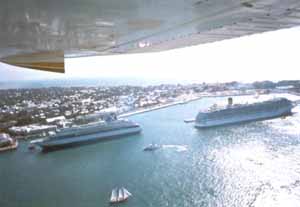 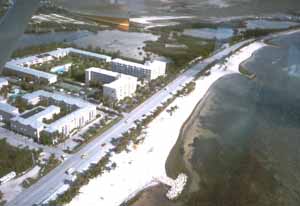 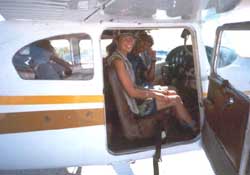 For further information on Airplane Flights in the Florida Keys also see floridakeysbest.com or  seekeys.com

Biplane flights are something we have done in the past, yes we decided to be brave and view the Keys from the air from a small plane!  We called a few places to compare prices and decided the best deal for us was with "Fantasy Dan",

Biplane Flights in the Florida Keys

For further information on Airplane Flights in the Florida Keys see floridakeysbest.com or  seekeys.com